“…and, though she be but little, she is fierce.”

Literary boffins would know legendary playwright William Shakespeare penned this now iconic phrase to describe Hermia, the feisty nobleman’s daughter of A Midsummer Night’s Dream. Upon meeting Ayanda Duma, though, one may be forgiven for thinking Shakespeare was actually describing her. Meet our new Environmental Manager!

When Ayanda matriculated from Isipingo High School in 2007, she was not entirely sure what her next step was. “I knew nothing about the environment,” she smiles, widely. “I have always had a soft heart, so I knew I wanted to help someone. I just didn’t know whom, or how.”

Ayanda initially thought to study nursing, but lost interest in that avenue. “It wasn’t enough for me,” she says. “I had this love, though, for soil. I decided to find something that would let me delve into the chemistry of soil.” And, so, Ayanda ventured off to the Durban University of Technology when registration opened in early 2008. “I asked around, and I was sent to register for a degree in biotechnology. It still didn’t seem right, so I asked around again, and someone told me to go to the ML Sultan campus to register for horticultural studies.” On she marched, and placed her name on the waiting list for the – then full – class. The next morning, Ayanda received word that her application was successful.

At the outset, Ayanda was not entirely immersed in the subject material. Two months in, though, the work began to take root. “We started learning about eco-systems and I thought…there it is! That’s how I’m going to help: eco-systems are all about looking after each other. I knew I was going to make a difference in this way, by ensuring everyone within the eco-system has what they need to live.”

Ayanda started her six months’ in-service at Scottsville Tracks and Grounds. The work was limited, and she soon got bored. With no vacancies on the horizon, she segwayed into a receptionist position, soon followed by a stint in the finance department as a creditor’s clerk. “It did not take long to figure out that office work was not for me. I wanted to be outside, in nature. I decided to seek out a position within my field.”

She sent her CV to Leitch Landscapes and they were impressed, but did not have available vacancies. It would be more than a year later, when they would call Ayanda to interview for the position of Junior Site Manager for private gardens, at Mount Edgecombe Estate Two. “I had forgotten about it! But, I was excited to get back into the environment.”

At first, residents were wary of Ayanda. “Being young, and female, a few weren’t sure what to think,” she smiles. “But, I put my best effort in and I went beyond the call of duty to deliver. I think I won them over.” Two years later, she was promoted to Senior Site Manager, and Environmental Manager. “I was doubted at first, because of my age. But, I am glad I got the position because it taught me so much about myself. I learnt that I am strong, and I can stand up for myself. I learnt that I’m kind and considerate, but I’m not a pushover. In a way, I planted seeds and I started to reap those rewards.”

And, now, Ayanda enthusiastically joins #TeamSimbithi as our first female Head of Department – and, the youngest! “That’s history,” Ayanda gives a playful fist pump. “I am so, so excited to get stuck in at Simbithi. Just to be granted this opportunity reminds me how loved I am by the heavens. It adds to my testimony; this is such a blessing and all I can say is ‘look at God’.”

When she is not getting her hands dirty with the soil she loves, Ayanda adores spending time with her fiancé and her four-year-old son. As woman of unshakeable faith, she also enjoys Sunday mornings at church, and afternoons with her family. An avid runner, she is looking forward to lacing up a pair of sneakers and hitting the Simbithi trails. “But, not before I’ve had my cup of coffee,” she winks. “I love running: it calms me down!”

Ayanda cannot wait to meet the residents of Simbithi, and put her unique stamp on the beauty of our environment. “I am going to love introducing myself, my views and my input to Simbithi. It’s going to be wonderful being part of this eco-system, doing my part to help the residents, plants and animals of this Estate.” 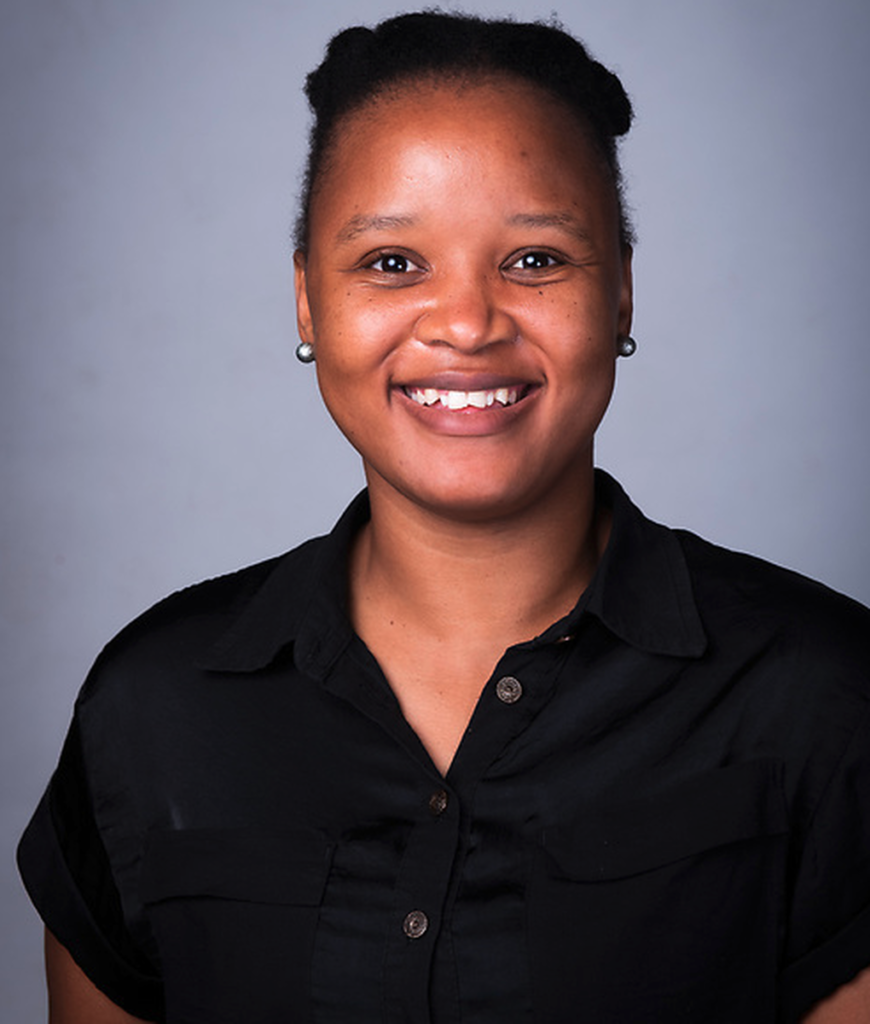