The Rhythm of Coffee 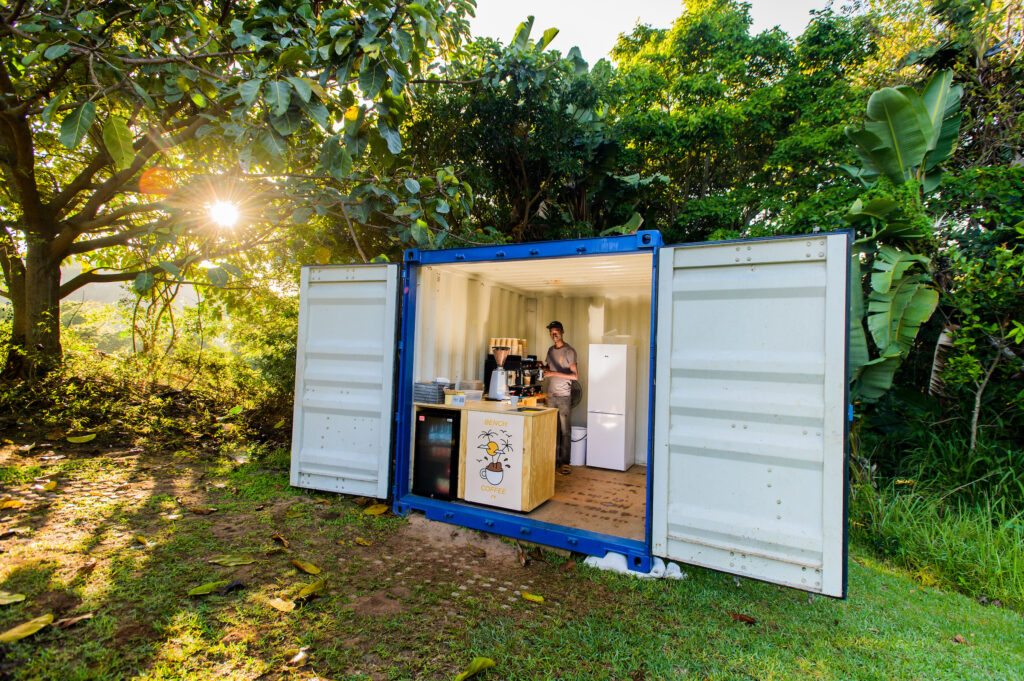 Did you know that coffee has a rhythm? Ant Carr does. And it’s that easy rhythm that he has brought to the Heron Community Centre with Bench Coffee. We sat down with the man behind the mug to find out more about Bench and his passion for coffee and community.

The first thing I tell Ant is that I am one of those rare, strange beings who does not drink coffee. Whenever I say that, most people look at me as though I have sprouted a unicorn horn. Ant, however, laughs good-naturedly and orders a cortado from his blue container, tucked into the golf parking lot at the Heron.

A Jo’burg native, Ant spent a few years overseas after school, followed by a sojourn in Cape Town before relocating to KwaZulu-Natal, where he and his family have lived for the last 16 years. His first ‘taste’ of the world of coffee was in the lively neighbourhood of Glenwood. “There was a place called the Columbo Factory, which was really a hidden gem,” Ant shares. “You know,” he smiles. “You had to know about it, to know about it.”

Ant was inspired by Columbo’s space and their approach to coffee. “They had a way of roasting and pouring coffee which, at the time, was new to Durban. It fell into a rhythm with coffee and great food,” he sips his cortado and a flash of pleasure zips across his face. “It was also the vibe of the space itself. You could work, hang out or meet interesting people, and they hosted courses on how to make good coffee.”

Armed with his newfound passion for java, Ant changed career paths. He stirred up the North Coast with a coffee station at Umhlali Preparatory School. “If you have ever sat in that morning school traffic, then you know how badly parents needed a good cuppa!” The business model evolved to include job creation. “The model I employ is unique. I resist investing in brick and mortar but try to set up temporary stations where I can pass on my skills, not just as a barista but basic business knowledge, to those I employ. It becomes all about the coffee and interaction.”

Ant’s unique business model allows his business to remain fluid, which benefitted him particularly during the pandemic. As the company grew, Ant became a fixture at events for several high-profile companies. “At these events, we would set up benches where people could sit and enjoy their coffee. That’s where our name comes from.” He then linked up with Work 4 A Living, an organisation that works to upskill locals and eventually set them up with employment. “This allowed me to create mobile coffee bars at fourteen different locations,” Ant shares.

In 2017, Ant obtained his vendor’s license from KwaDukuza Municipality and set up a spot at Tiffany’s Beach. In March, he took up residence at our Heron Community Centre where he has already started attracting a group of regulars. Future plans include including light, baked goods on the menu and hosting community runs and walks. “I am excited to build on the momentum. Coffee builds community and it is always present when we meet people and make connections. We always need coffee to grind through life.”