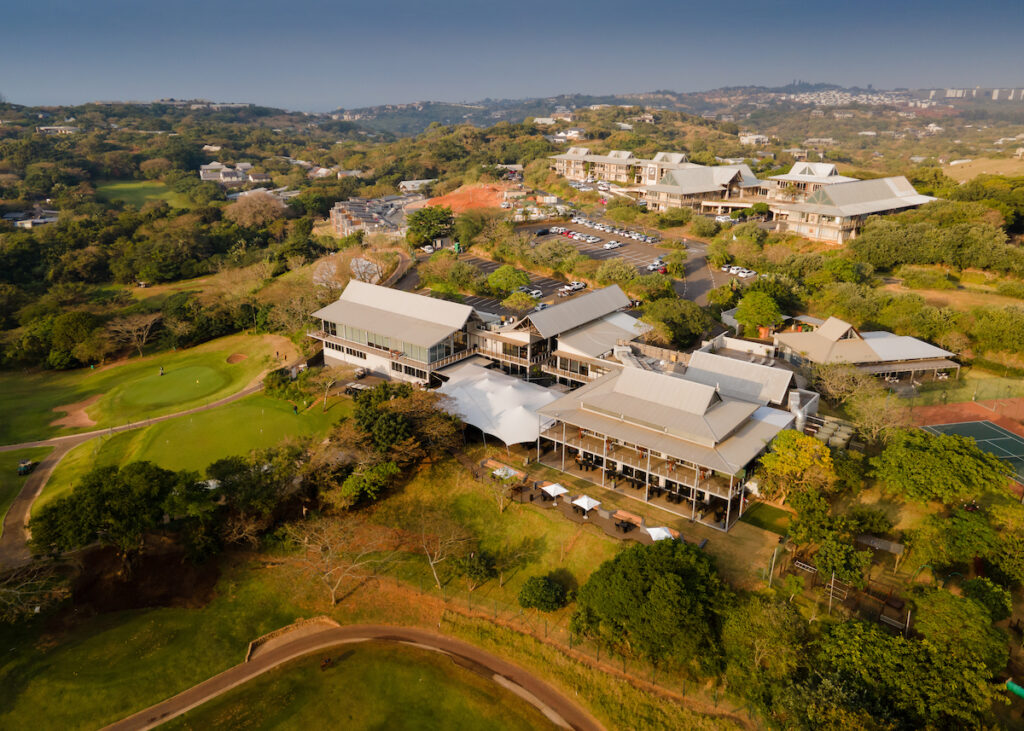 Our long-awaited deck refurbishment is finally complete, and we could not be happier with the final product. If you have not had the chance to set foot on our new deck, yet, let us give you your first look!

The Club’s original deck had served us well: of course, the home of the original fig tree, which we sadly lost some years back. This portion of the deck was sunken, and the area around where the tree had once towered was becoming unsafe. On the upper level of the deck, between the entrances of the Fig Tree Restaurant and Drop Zone Bar, the fruit of the two remaining fig trees, particularly during rainy periods, was also a hazard and made service slightly difficult.

The Executive Committee decided to revamp the deck, making it more efficient for our staff to serve patrons and, of course, improve the overall Club experience.

We bade the old girl farewell in February with a ‘Wreck the Deck’ party, following which the project began in earnest. The old deck was pulled up and the two fig trees on either side, removed. The old tent, originally intended to be temporary, was also removed.

Over the next six months, a new, single level deck was constructed. This makes service to and from the kitchen far more efficient. We introduced new furniture and ‘pocketed’ off sections of the deck with planter boxes made from repurposed wood from the old deck. This allows us to create the illusion of privacy during certain times and events.

The project also saw us introduce our new seating pods, at the front of the Fig Tree Restaurant and the Club’s entrance. Aside from creating new seating areas and increasing our outdoor capacity, these pods also provide those who snag them with unparalleled views of our golf course in all its glory.

A new, stronger tent structure was installed, complete with televisions for us to screen the rugga (this is already a firm favourite!).

The new deck was welcomed at the end of July at the ‘Wet the Deck’ party, and we have already received several compliments on our fresh, new look.

Thank you for your patience during construction. We hope you enjoy the new deck.